Over the last year, Kendra Harder (she/hers) and the Saskatoon Symphony Orchestra have been offering free online courses for the public about female composers, focusing on their experiences, the reasons for their erasure from textbooks, and, naturally, the wonderful music they have created. As an extension of this class, we are hosting a panel discussion dedicated to Trans and Non-Binary composers and artists.

This discussion will explore various aspects of navigating the performing arts and composition worlds from a trans or non-binary perspective while celebrating the constellation of genders that exist in the world.

Being on YouTube Live, there will be an opportunity for a mediated question and answer period to create an interactive international experience!

The five panelists are: Theo Baer is a Brooklyn-based composer and performer. His work is the result of a diverse musical upbringing and journey towards emotional healing as a black and trans artist. His individual approach to melodic sound is influenced heavily by an eagerness to adapt and experiment with a variety of genres. These compositions illustrate an intimate and vulnerable narrative channeled through the manipulation of tape loops, synthesizers, keyboards, and other electronic voices.The resulting pieces reflect an eclectic upbringing in musical performance. iT Boy is Baer’s solo electronic project. 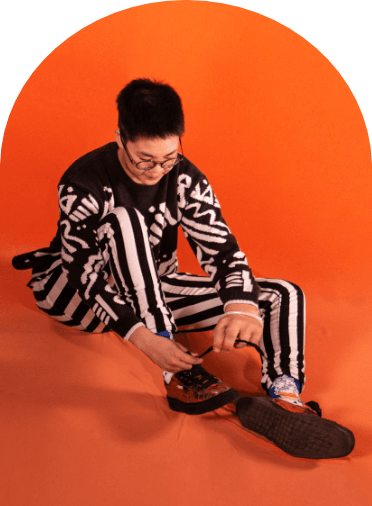 respectfulchild is an interdisciplinary artist born, raised, and living as an uninvited guest on Treaty 6 Territory. Their work explores the quiet tensions and chaotic beauty of being a queer Chinese settler on the prairies, ranging from spontaneous improvisation to meticulous composition. Their debut album 在找::searching:: was released in the summer of 2017 on Coax Records and they have toured across Canada and Europe with artists such as Rae Spoon, A Tribe Called Red, and Jeremy Dutcher.

The name respectfulchild is the literal translation of their Mandarin name 敬兒[jìng er]. This name was given to them by their grandmother when they were born, a name and a culture they’ve become estranged from having lived their whole life in the predominantly white world of the Canadian Prairies. The music of respectfulchild is their quiet way of seeking meaning in 敬兒 again. 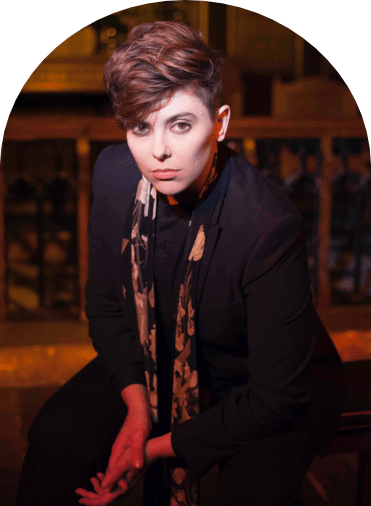 CN Lester is a writer, musician, academic, and leading LGBTI activist. Co-founder of the UK’s first national queer youth organisation, they curate the trans art event Transpose for Barbican, and work internationally as a trans and feminist educator and speaker. Their work has featured on BBC Radio 3, BBC Radio 4, SBS, The Guardian, ABC, The Independent, Newsnight, and at Sydney Opera House.

A singer-songwriter and a classical performer, composer and researcher, CN specialises in early and modern music, particularly by women composers. Gigs/engagements include work at The Barbican, Southbank Centre, Snape Maltings, The Royal Exchange, Fluid Festival, Queer Prides throughout Europe, and art galleries/bars/recital halls/book and coffee shops/universities throughout the UK. They have released three independent, crowd-funded albums: “Ashes” (2012), “Aether” (2014) and “Come Home” (2017) – all available via iTunes, Amazon and Spotify.

“Trans Like Me” (Virago/Seal) is their first book, named as one of the three essential works on trans issues by The New York Times. With glowing reviews from The Times Literary Supplement and Publishers Weekly, “Trans Like Me” is a collection of essays on gender, society, history, and building better futures.

They live in London and drink too much coffee. 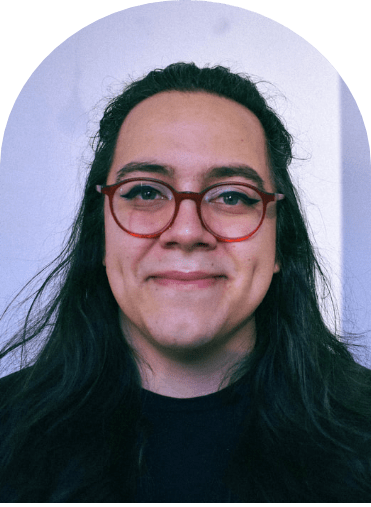 inti loves reading poetry, particularly Danez Smith and Joy Harjo. inti honors her Quechua bisabuela, who was the only woman butcher on the whole plaza centraland used to fight men with a machete.​ 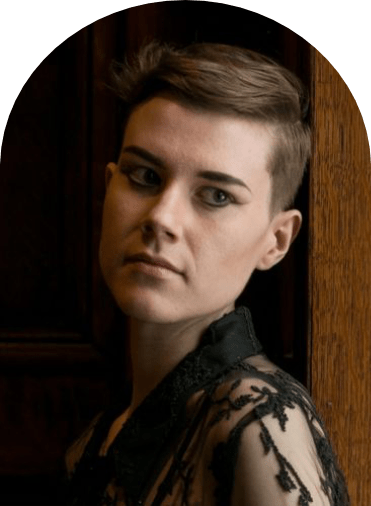 As a performer, Camille Rogers (they/them) has been praised for their “tremendous stage presence” and “real flair for comedy” (Operaramblings).  Camille’s “gossamer mezzo-soprano” (Mooney on Theatre) has been described as “even-keeled and grounded even in times of intense physicality” (Schmopera).  Camille has also been recognized for their work as Co-Artistic Director of Toronto’s queer opera collective OperaQ, and has been invited to speak at related events hosted by Amplified Opera, the University of Toronto, and VIVA! Youth Singers of Toronto.

Camille currently studies at the University of Toronto, pursuing a Doctor of Musical Arts with a Collaborative Specialization in Sexual Diversity Studies. Their research, supported by the prestigious Joseph-Armand Bombardier Canada Graduate Scholarship, investigates how problematic historical works of music theatre can be transformed and made relevant to today’s audiences through the bodies of modern queer performers.  As part of their studies, Camille is currently developing a narrative recital portraying the extraordinary life story of gender-non-conforming opera singer and duellist Julie d’Aubigny (1670-1707).  With OperaQ, Camille is in the process of producing a queer chamber opera with a libretto by award-winning Canadian poet Charlie Petch.

An active performer in many styles of opera, Camille most recently appeared as Suli/Suzie in Buddies in Bad Times’s world premiere of Pomegranate, and as Aeneas in Dido and Aeneas with OperaQ.  Other past engagements include the role of Lake in FAWN’s collectively improvised techno opera Belladonna, Young Girl in The Marriage of Figaro with Opera Atelier, and the title role of L’Italiana in Algeri with MYOpera.  Camille has also been featured as a soloist with the Toronto Bach Festival and Cor Unum Ensemble, and has presented solo recitals with Centric MusicFest and Lethbridge Pride Fest.